The festival of youth choirs was a great success - also thanks to the surprise guest:
Hubert von Goisern came on the spur of the moment

Zell am See. Every two years, there is a "Festival of youth choirs", where the youths of Austria who love to sing meet. This time it was in Zell am See - eleven choirs came: from Audorf in Bavaria, from every province in Austria, as well as the boys' trio from Bischofshofen on special invitation. The programme started well: At the welcome evening, every choir introduced themselves with a folk song from their region; choirs from the Pinzgau undertook sponsorship of the young singers - and looked after the choirs. And then there was alarm as well as outbreaks of sweat among the organisers while the youths visited their sponsor choirs: a visit to Hubert von Goisern's concert in Zell am See had been planned for the surprise evening, but the concert was cancelled on Thursday evening due to warnings of bad weather. Ferry Steibel from the choir society: "We pulled out all the stops to reach him." Finally, in the early afternoon, the star immediately agreed he would come, provided for enthusiastic applause on Friday evening and gave a lesson in all things affection, music and improvisation. The band Hochdruck from the music school in Salzburg were also thrilling as they interpreted hits together with Goisern. The day after there were still workshops, the Gasslsingen in Zell am See and the gala concert. Then on Sunday, another gripping ecumenical mass, where the choirs presented songs together.

HvG and the youth choirs 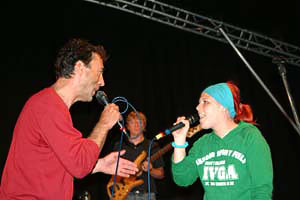 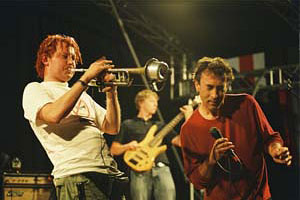 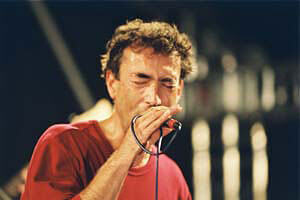 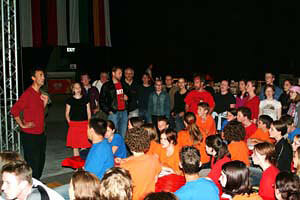