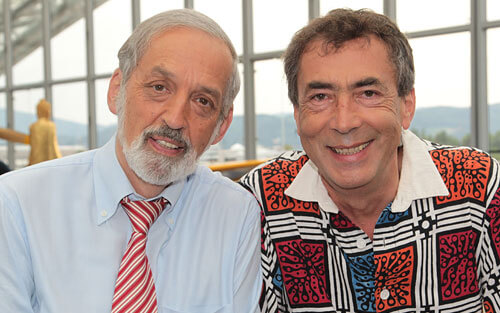 The idea developed quite spontaneously at Café Zauner in Ischl − and it had the charm of the unusual: Heinz Nußbaumer, the bestselling author, and Hubert von Goisern, the exceptional musician, on 21st August stood on stage together in Bad Ischl. Two friends, one worthy cause: the SOS Children's Villages.

In the tent with Gaddafi. In the bunker with Arafat. In the White House with Reagan and Clinton. In the monastery with the Dalai Lama. For decades Heinz Nußbaumer was talking to kings, presidents and revolutionary leaders as a foreign affairs journalist and author - and as a silent postman between fronts. Watched by agents, repeatedly arrested by military officers, accompanied by attempted bribery.

In the Lehar Theater Nußbaumer told stories and read from his bestseller book Meine kleine große Welt at the benefit event in aid of SOS Children's Villages. Musical accompaniment during this evening of culture in front of a 300-strong audience was given by Hubert von Goisern as he provided the exotic nuances to accompany the fascinating stories with instruments he had gathered over the years from all around the world. 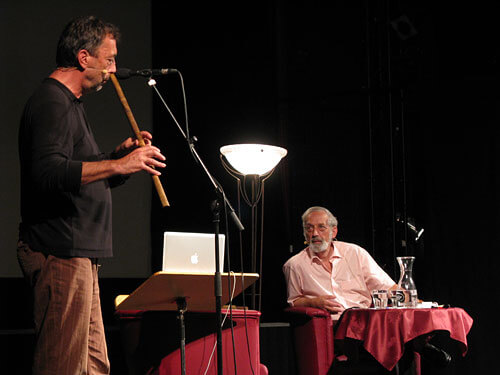