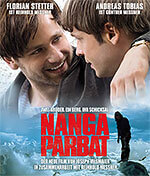 Two brothers. One mountain. Their fate. Even as children brothers Günther and Reinhold Messner shared the ambition of one day climbing the 8000 metre high "naked mountain", Nanga Parbat, in the Himalaya. Under the leadership of expedition head Dr. Karl Maria Herrligkoffer (Karl Markovics) they get their chance in 1970. At this point Reinhold Messner is 25 years old, his brother just 23. An international mountain-climbing elite is to conquer to the mountain on the legendary Rupal face.

After a warning of adverse weather Reinhold Messner (Florian Stetter) makes the decision to reach the peak of the mountain alone. The younger brother, who has less experience, follows Reinhold Messner. During the descent begins their fight for survival, Günther succumbing to altitude sickness. Only Reinhold returns to the valley alive ...

From Salzburg to Los Angeles 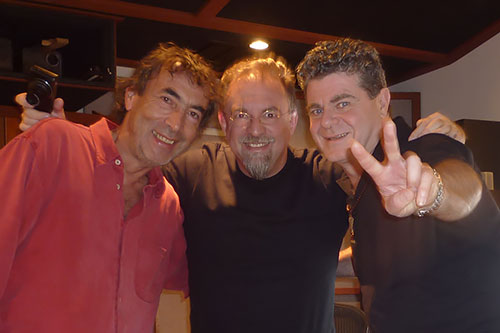 it was the 24th october when the call from hollywood came.

sepp vilsmaier was in L.a. and had just commissioned the film music for his new film nanga parbat. he originally wanted me to compose it, but i was still on tour and had to turn him down due to lack of time. the soundtrack had now been produced by the 2-time oscar winner gustavo santaolalla and was as good as finished. only the music for the credits remained. and i was to create this with gustavo. i needed no persuasion.

4 days later i was sitting on the aeroplane, 4 days after that i was back home again. aside from my fingerprints, i also left a vocal print on a hard disk. the latter can be heard when you watch the film. like i said, the song comes during the final credits, but the wait is entertaining. it is an impressive film, with excellent acting and equally great mountain photography. it is a piece of mountain climbing history - the overcoming of the impossible and failure in triumph. 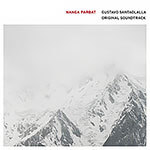 The Nanga Parbat soundtrack by Gustavo Santaolalla - with song Where the Mountain Meets The Sky by Hubert von Goisern - will be released on 15th January 2010.
[Order at Amazon]

"The film music accompanies the images, alternately hard and tender, coming very close to sound design here, a soul drama of great dramatic impact. Vilsmaier wanted none of the muzak that many mountain films have, but no Nepalese folk music either. He got everything, even spirited music for the credits from alpine rocker Hubert von Goisern. It doesn't get any better than this."
Sven Ahnert, NDR 9th January 2010