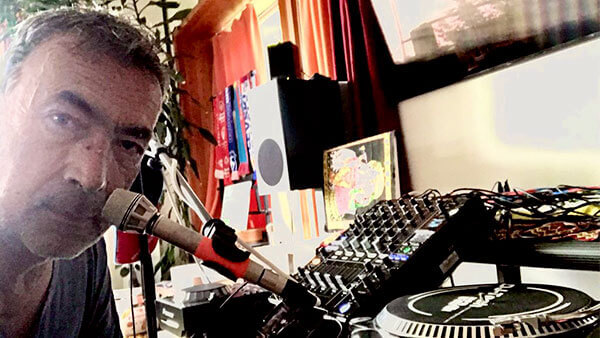 Hubert von Goisern joins Freies Radio Salzkammergut with a new music programme hosted and produced by the musician himself. The first episode of Steilklänge – Radio für Schwindelfreie (Top Sounds - Radio for those with a head for heights) airs on 14 September 2021 and promises to be a must for those looking to broaden their musical horizons. Hubert Achleitner, alias Hubert von Goisern, will be taking his listeners with him on both musical adventures, and poetic and philosophical journeys through time. The listener can expect to take a trip that twists and turns through genres and formats, spinning through Hubert's vinyl collection and surfing through digital tracks.

On 27 December 2022 the final episode of Steilklänge was aired on Freies Radio Salzkammergut. All previously broadcast episodes of the series will remain available as podcasts for catchup or repeated listening. Two previously unheard bonus episodes have now been added to the archive too.

Listen to the trailer