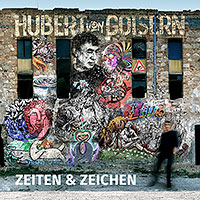 In summer 2019, my agency asked me to give the autumn 2020 tour a name because they wanted to print posters and start with pre-sales. I listened within and titles emerged such as "WAHN & SINN…" (Delusion & Sense), or "FAKE YOU", or "SICHER NICHT SICHER – TOUR 2020" (Certainly Not Certain), to name but a few. My gaze fell on the motif with which I'd prefaced my collection of topics and texts for the production: the first page said "Zeichen an der Wand" (Writing on the wall). Finally, that became ZEITEN & ZEICHEN (Times & Signs). It seemed a bit too dramatic and quite presumptuous to me, but it was the best I could come up with. And I resolved to call the album something else. For a long time, my frontrunner was Tierisches Eiweiß (Animal Protein). After all, the different songs feature a whole host of animals: a chamois, a polar bear, sharks, scorpions, humpback whales, marmots, eagles, foxes, hares and a whole herd of horses … But no-one, apart from me, was enthusiastic about it :( so Z&Z stuck.

In hindsight, you could say it was premonition. But that is not where my talents lie. Even though I had already been dreading the year 2020 back in autumn. I couldn't explain it to myself or anyone else. It turned out to be an exciting year after all. The publication of my first novel Flüchtig in April, the new record in the summer, and a concert tour in autumn, after a four-year break from the stage. It seemed too good to be true. The image I couldn't escape was that of a huge wave that builds to a tsunami, a wave we would have to surf. Some of the songs bear witness to this. Although all the lyrics were written in December and January (some even longer ago), many are permeated by something intangible, abysmal. Not all of them, thank God :)

Most of the musical ideas came to me in the two years before, while I was working on my novel. Whenever I had writer's block, I'd take hold of the nearest musical instrument. Music was and always has been a place of refuge for me. There came a point when I realised that I would never finish the story if I continued like that. I banished all the guitars, accordions, and brass instruments from my sight. Only the piano was too heavy to move, but it could be locked.

It wasn't until last September, when the work on Flüchtig was finished and I was ready for music again, that I took my instruments out of their cases, and cleaned, strung, fingered and kissed them awake once more. Music for me is a mistress who knows no envy. I have often turned my back on her, and she never pouts when, after what seems like an eternity of separation, I knock at her door again. She has always joyfully received me and surrendered. And that's how it was again, this time around. THANK YOU …

The production took place in Salzburg between October 2019 and April 2020. Fortunately, the quarantine measures were not enacted until after we had wrapped up recording. The restrictions also meant that from the middle of March, "Spani" and I were able to work on the completion of the project undisturbed and far from any of the distractions that "normal" circumstances would have bestowed upon us.

Outside, it was gloriously peaceful. Not silent, simply peaceful. No aeroplanes, no helicopters, no cars, motorbikes or construction machinery either. Instead, the twittering of birds. In the afternoons, a blackbird always sat on the antenna of a neighbouring house. During breaks I would often go out onto the terrace in front of the studio and whistle back. Not with the same virtuosity as my little yellow-beaked, black-feathered friend, but it was enough to flirt. We gratefully acknowledged each other and gave our best. Though I must admit that my best was not as good as the blackbird's. Considering the coloratura I received in reply, I was the student.

What does a blackbird think? How does a blackbird think? Does it say: "Hey, you! If you want something, come over here if you dare." Or: "I don't know what you want to say to me, but I like your strange melodies and it's a beautiful day for singing." Did it know that we people were not exactly having an easy time? In contrast to people, animals know no schadenfreude, although they would have plenty of reason to laugh up their sleeve, or in this case, under their wing. I would have certainly had a lot of questions and much to say. But it's easier to whistle than speak.

Hubert has been in the studio with his band, in the forest, in improvised concert halls, he has invited virtuoso guest musicians to join him - and he has, we believe, created a masterpiece: Zeiten & Zeichen is of such overwhelming diversity, so dynamic, joyful, critical, considered and punchy, that it is the best, most mature, most spectacular Hubert von Goisern there has been.

This album brings together all of his ideas, the many influences that he has been able to collect over the decades as an active musician, as a traveller and as a person curious about the world. Hubert von Goisern and his musical creations have never been possible to pigeonhole, he has surprised and challenged his audience. The new album is a modern distillate of this musical journey. 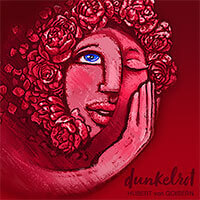 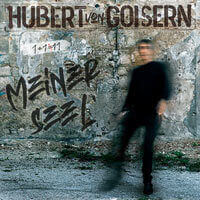 My soul - What is true? What is false? What is askew - and will it ever be put straight? In Meiner Seel' Hubert von Goisern sings about the blurring of the line between fact and opinion, and how black and white are sometimes just colours. That we should trust. A melancholy song, but full of warmth, soulfully accompanied by a string quartet. A song that leaves you with a sense of hope. 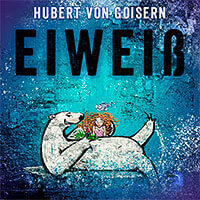 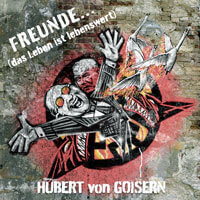 Friends ... (Life is worth living) - There are stories we don't like to tell and don't like to hear, of dark times and equally dark fates, of inconceivabilities and the abysmal depths of humanity. They belong to the history of mankind, they are a part of us. They don't disappear just because we don't remember them. They are invisible and we run the risk of crashing into them in moments of carelessness. Together with tenor Andreas Schager and rapper DAME, Hubert von Goisern tells the harrowing story of loving life in times of apocalypse. 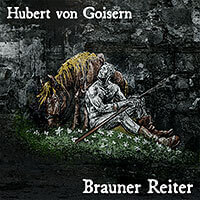 Brown Rider - Hubert von Goisern has never been at a loss for political statements in his songs. And Brauner Reiter deals with exactly what you immediately associate with the title: the misfortune into which a society plunges, if it gives free rein to right wing movements. And there's the promise that everything will improve if you let go of backward thinking. All packaged in a dark, punchy rock number with hard guitar riffs and pounding rhythm. Ominous but forgiving. Dark, but stirring. 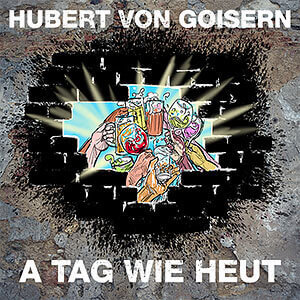 A Day Like Today - Hubert von Goisern is back! After years away from the stage, A Tag wie heut is the Austrian's new single. A raw, pretty forthright rock number, without a lot of hoopla, but with a beat that gets you dancing. And with a simple, but urgent message: no matter what skin colour, denomination, or political position we have - we're ultimately all the same. In times of crisis and in times of joy. A statement that couldn't be any more fitting or relevant today.