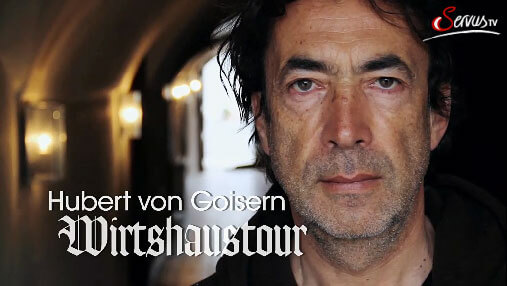 Two spotlights light the bare stage, the audience is as close as they were back in the early days, there's no backstage room. What drives a successful musician like Hubert von Goisern, who thrills thousands of people from big stages, to go on a tour of Austrian taverns? Follow Hubert and his band on this exciting expedition through small guesthouses in the Austrian province, ride with them in the band bus. The film documents what makes this mini tour for the new CD so special.

The documentary Hubert von Goiserns Wirtshaustour received a Golden Romy in Vienna on 19th April 2012 in the category "Best TV Documentary". The winner was chosen by an expert panel and the prize was accepted by director Chris Kurt Weisz and Frank Gerdes, ServusTV's Head of Culture, at the awards gala dinner in the Vienna Hofburg.

To celebrate the award, the programme will be broadcast again on ServusTV on 1st May 2012 at 19:00 hrs.
Musikmarkt (8/2011) said: "It's a must-see TV tip that shows clearly how music television can be: authentic and good enough to make you weak at the knees." 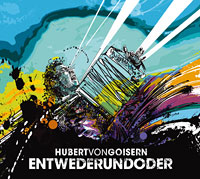