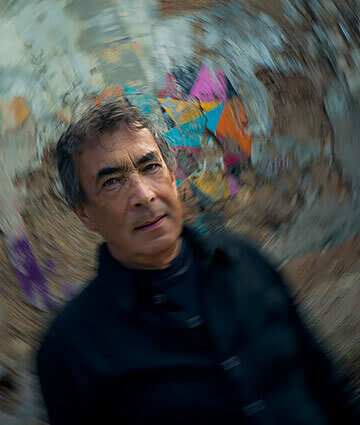 It's been a long time - Hubert von Goisern's last concert was played in autumn 2016. After that he withdrew to focus on writing. The result was a novel, flüchtig, which held firm as a bestseller for two months after publication in 2020. After putting down his pen, Hubert von Goisern set to work once more on new music. The release of the multifaceted studio album Zeiten & Zeichen in summer 2020 revealed the best, most mature, most spectacular Hubert von Goisern there has ever been.

UPDATE: In April 2022 Hubert von Goisern and his band will be setting off on tour with this album. In light of the ongoing situation and because everyone's health must still take precedence over pleasure, having postponed the tour from 2020 to 2022, unfortunately we must now postpone the March dates once more. For every show originally planned for March, there's now a new date later in 2022. All previously purchased tickets remain valid, or can be returned to the original vendor for refund. Details as to the procedure will be communicated via the relevant ticket systems.

From his beginnings with alpine rock, to his expeditions to Tibet and Africa, the Linz Europe Tour on a converted cargo ship and the ground-breaking success of Brenna tuats guat, or the blues from New Orleans on the most recent tour: Hubert von Goisern has always challenged, moved and thrilled his audience. He remains curious and offers a new surprise every time.