For the advancement of talent and perseverance; granted for outstanding commitment and achievement in music. To support inspired and inspiring people; or to further innovative solutions and ideas, which benefit the common good. The award will allocate a total of €15,000 each year for nine years.

"I was supported by many people through the penniless early years of my career. And these people did so because they believed in what I was doing. I want to keep that going: with this award I want to support people who artistically contemplate and deal with the world in ways in which I find exciting and important. I am in the privileged position to be able to do just that." – Hubert von Goisern

The decision has been made and once again this year there are many of you, who undoubtedly deserved to be awarded, but who have missed out. But it would not help anyone if we spread the award too thin. The jury had to decide and, after studying all 135 applications in detail, chose the three candidates who best met their expectations.
Thank you, on behalf of the entire jury, for the numerous exciting and diverse applications. Keep working on your dreams and visions. With best wishes for a wonderful and musical summer, I remain, 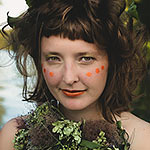 Even her name cleverly refers to the form and content of Alicia Danner's music: her stage name is Alicia Edelweiß. Yet the ridiculous alpine cliché that is certainly associated with the name of the flower is quickly and quirkily cast out. It's easy to hear that the originality of the name can easily, even casually stand up to the originality and freshness of her music. Charm, courage and wit complement each other to form a mixture that scratches and brushes reluctantly against the clutter of traditional and yet always envelops itself in the world-embracing warmth of the accordion. Memories of the raw wildness of the New York anti-folk movement are evoked as she skilfully plays with hints of the sounds of the Alps in her free-spirited way. Nothing is provincial, everything plays out in a big, wide world that pays no heed to borders, especially not when it comes to Danner showing her theatrical streak in not just her songs, but her unusual outfits too, with a touch of variety show. Poetry and pop, weird folk and jazzy playfulness, fairytale forest and art song unite in a confession of the strange, characterised by an irrepressible desire – and talent – for absolute independence.
www.aliciaedelweiss.com 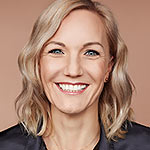 Getting deaf and hearing children to dance – that is Ingrid Hofer's idea. She was born in 1976 in Lustenau and has been involved in various artistic projects for many years. For this project, she developed her first CD of children's songs, Teddy Eddy – Achtung! Fertig! Los! into a dance and movement DVD – translated into Austrian sign language. It's a pilot project that is unparalleled in the deaf community. Hofer says modestly that her project should "simply bring joy". And yet it does far more than that. It promotes awareness of a topic that is too often ignored. The steadfastness with which Hofer, from Vorarlberg, sticks to her project is impressive. The way in which she manages to focus on the fringes of society is just as admirable. The fringes do not mean those living with hearing impairments, but children in general. They are – as Covid 19 has shown – often and very quickly pushed out to the edge, but it is precisely this edge from which the future grows. In the spirit of an inclusive society, Ingrid Hofer creates for this future with her work and inspiration. She creates opportunities to take part in a programme that is artistic, entertaining and playfully educational.
www.ingridhofer.com 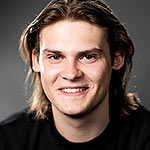 From nothing comes nothing, even if Marcus Hinterberger from Pinzgau, born in 2000, appeared out of nowhere and immediately became a veritable hero in the world of social media. He did it with a blues, one that cut like a scalpel into a wound laid open by the Covid 19 pandemic, particularly in Austria. With Ischgl Blues he denounced the excesses of tourism. Then he took on the catastrophe of Austrian regional planning with the Bürgermeister Blues. Hinterberger, an audience favourite from his very first song at FM4's Protest Song Contest – and thus a powerful mouthpiece for a young generation – draws from a world that is beginning to falter and is dangerously off kilter. Hinterberger does not want to accept this. His songs are inspired by a spirit of resistance against a society in which the business of a few is prioritised over the common good. All he needs is his guitar - with clear, simple words, he continues the tradition of the protest song. The student of theatre and film direction now wants to find like-minded people on an extensive trip around the world, and gather musical voices of protest from other countries for an album.
www.youtube.com/MarcusHinterberger

Musician Composer and producer, working between the poles of world music and folk music, tradition and the modern. www.hubertvongoisern.com

Culture journalist Since 1992 Bernhard has been culture editor and columnist at Salzburger Nachrichten. On the editorial staff, he is responsible for pop culture and pop music. Aside from publications on the subject of pop culture and pop music in a variety of newspapers and magazines at home and abroad, he has published two books. He has also performed as a record spinner, touring with DJ evenings paired with literary readings. www.sn.at/autor/bernhard-flieher

Culture manager and mediator Director at "Das Zentrum" in Radstadt. The cultural association was founded in 1981 and is among the most significant cultural institutions in the province of Salzburg. As artistic director, Elisabeth is responsible for programme and project development, as well as implementation. For many years she has been active nationwide, including in Culture Council in the Salzburg Provincial Government, Leader Pongau etc. www.daszentrum.at

Musician & cultural event organiser
Margarethe completed her studies in concert violin at the Salzburg Mozarteum. She now appears mainly with the Salzburg Chamber Soloists, as well as being involved in numerous other formations. In the summer of 2015 she and her husband opened Café Kurkuma in Hallein. From the very beginning, the little stage in the café was a venue for the arts. Since April 2019 she has been the chairwoman of the Kunst im Ziegenstall association, which manages that stage at the newly named Pan Café. www.kunst-im-ziegenstall.at

In light of the growing number of applications each year, the founder of the award has decided with a heavy heart to put in place a couple of restrictions. Firstly, only applicants whose main country of residence is Austria may now apply. Secondly, only applications from the field of music will now be considered - this includes music-related event and social-educational initiatives. Entries from the fields of visual arts, dance, film, literature etc. can unfortunately no longer be accepted.

Applications for the Hubert von Goisern Culture Award 2023 may be submitted between 1 October 2022 and 31 March 2023. Please only submit your application via the link below. Physical applications cannot be considered. Should you have any questions, please send them to: kulturpreis@hubertvongoisern.com